“Religion or philosophy of government?” This is the ultimate question that must be addressed when dealing with the religion clauses in the Constitution. If something is within the realm of religion, the first amendment prohibits government from making a “law respecting an establishment” of it, and commands the government to protect the “free exercise thereof.” If the subject is philosophy (literally, the love of wisdom), specifically the philosophy of government, then the first amendment does not apply.

It appears that much of what has been deemed “religion” by many judges and other government officials is not religion at all, but are expressions of this nation’s philosophy of government, which has acknowledged the existence of God since its inception. At least one reason for this “error” in classification is the result of applying a “sacred/secular” worldview, which our Founders rejected. Under the sacred/secular approach, all things are either in the realm of the sacred or the secular. Whatever is secular is subject to governmental control because government is deemed secular. The sacred involves anything “religious” and should be left to the dictates of one’s conscience.

From this perspective, it is easy to conclude that anything having to do with God is within the sacred, and since government is viewed as secular, God and government must be kept separate. That is the essence of the “separation of church and state” banner currently proclaimed by those who are antagonistic to the Founders’ wisdom (philosophy) concerning government, as articulated in the Declaration of Independence and implemented via the Constitution. The dualistic sacred/secular view leads to what appears to be a contradiction between such constitutional requirements as the “oath of office” and the prohibition against a “religious test” to qualify for office. It also has led to the litigation that challenges the words “under God” in the Pledge of Allegiance, and the Ten Commandments being posted on public property. The sacred/secular mindset labels the mention of God in any public symbol, speech, ceremony, or legislation as an unconstitutional “establishment of religion.”

Separation of church and state is a valuable principle, but when one looks at the legal and historic meaning of that concept, it is evident that this principle cannot mean separation of God and state.  To hold this view would be rejecting a fundamental premise of our philosophy of government. The theory of government in this nation presupposes the existence of God and that He is the source of moral standards and unalienable rights for which governments are instituted among men to secure. The correct view on separation of church and state involves a “jurisdictional separation” between the authority of the church and the authority of the state.

The Founders viewed government as an institution of man, but recognized that the authority to form a government came from God.  It was the “laws of nature and of nature’s God” that entitled the people to dissolve their political bands with England and to assume a separate and equal station among other nations. This is philosophy or principles of government, not religion.

Every nation has a political philosophy with respect to the nature and value of man, the source of human rights, the purpose of government, and the source of moral standards to be enforced by government to maintain peace and order. Nations with an atheistic philosophy of government, such as communism, view the state as supreme and a person’s value depends on their contribution to the state. The goals of such a government are linked to empowering the state, even if the laws are said to be for the benefit of  “the people.” In nations that have tyrants as rulers, even religiously motivated tyrants, individuals are expendable if they disagree with the one in power. The governmental philosophy is whatever the tyrant desires and has the raw power to accomplish. On the other extreme, if a nation has a philosophy that the individual is supreme, anarchy will likely result because everyone will do what is right in his own eyes. This eventually leads to tyranny, unless the people are self-governed, because at some point they will be willing to give up some of their fundamental rights to have order rather than chaos in society, e.g. French Revolution leading to Napoleon.

Our Founders declared a philosophy of government that views God as supreme.  Consequently, governments are instituted among men to secure the God-given (unalienable) rights of every human being. “We hold these truths to be self-evident, that all men are created equal….” The presupposition that all men are created equal is the basis for the constitutional concepts of equal protection and due process. Without the philosophy of government that presupposes the Creator God who created man, there are no absolute rights enjoyed by the people and secured by the government. With an atheistic philosophy of government, equal protection and due process become subject to redefinition by those in power. These important principles can be perverted to justify the deprivation of private property, the elimination of “burdensome” human life, and the perversion of marriage. This is happening today and it is a consequence of neglecting, if not rejecting, the foundational truths upon which this nation was built.

Our Founders viewed “religion” as involving the duty one owes to his Creator and the manner of discharging that duty. Religion did not involve the political philosophy that acknowledged the existence of the Creator God as the ultimate source of all authority. While a belief in God is a necessary prerequisite to exercising one’s views of how to fulfill his duty to God, our Founders considered the existence of the Creator as a “self-evident” truth.  In a nation, like the United States, that presupposes the existence of the Creator God, no one is required by threat of force to believe in God. In fact, part of our philosophy of government is that, as Thomas Jefferson said, “Almighty God hath created the mind free” and the government does not have jurisdiction over one’s mind and heart. But this philosophy of government does require the moral standards that respect human life, liberty, and property be enforced to protect and secure these rights among all people.

If a nation has an atheistic governmental philosophy, the civil authorities will be more concerned about protecting people from religion than securing the freedom of religion. Thus, only in a nation that acknowledges the Creator God can there be true freedom of religion, as viewed by our Founders.

True Authority over Nations The American founders held certain truths to be self-evident. These truths explain unalienable rights from the Creator. Governments are...

END_OF_DOCUMENT_TOKEN_TO_BE_REPLACED 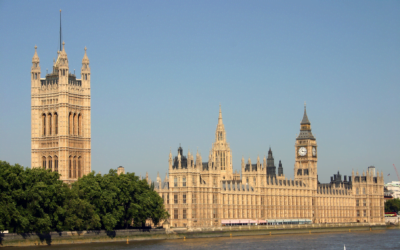 True Causes to Alter or Abolish Governments The colonial representatives who met in 1776 took very seriously the deliberations on their future relationship with Great...

END_OF_DOCUMENT_TOKEN_TO_BE_REPLACED

True Authority over Nations The American founders held certain truths to be self-evident. These truths explain unalienable rights from the Creator. Governments are instituted among men by the consent of the governed to protect these rights. All human governments are...

END_OF_DOCUMENT_TOKEN_TO_BE_REPLACED

True Causes to Alter or Abolish Governments The colonial representatives who met in 1776 took very seriously the deliberations on their future relationship with Great Britain. To declare the colonies as “free and independent states,” required valid legal...